An albatross is a huge and majestic seabird capable of flying vast distances without stopping. Sailors have long regarded them with awe and reverence, and they spend the majority of their time skimming across the vast ocean. Most people on the planet rarely get to see these extraordinary birds because, when they do come to land, it is usually only to mate on distant islands before returning to sea.

However, despite their elusiveness, most albatross species are currently in danger of extinction due to human activities, including hunting and fishing. To expand their reputation and demonstrate why we’re fortunate to share the globe with them, here are a few facts about the wonderful albatross that you may not have known before. 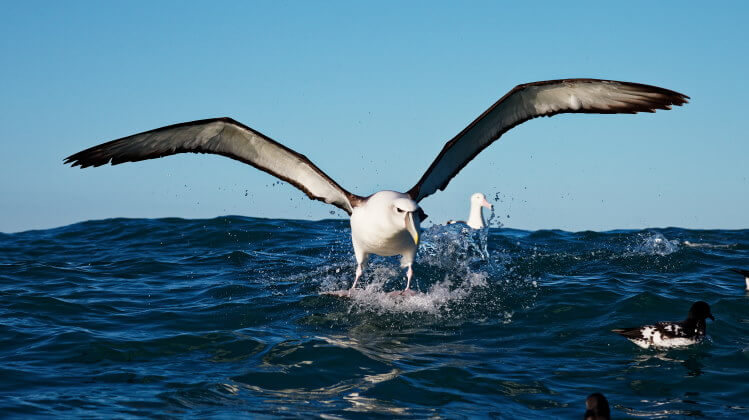 Once they have fledged, albatrosses can spend a year or more at sea without stepping foot on land, with most of that time spent soaring. Because touching down in the water puts them at risk of being attacked by sharks, they only do so briefly to feed. It is often believed that albatrosses must sleep while flying; however, there is no evidence of this behavior in albatrosses, although it has been observed in the closely related frigate-bird.

They Are Committed To Each Other For The Rest Of Their Lives, With Some Wiggle Room

In addition to being monogamous, albatrosses create long-term bonds with a single spouse seldom severed. They’re sometimes referred to as having the lowest “divorce rate” of any bird because mated pairs rarely split up until one of the birds dies.

These pair ties are not always by the traditional human idea of romance. Albatross pairings are only together for a short period at their breeding grounds, and they do not reunite until their eggs are laid. After that, they take turns incubating the egg and searching for food in the surrounding area. Both birds will eventually search for food to keep their growing young fed. Following the fledging of their chick, which occurs after 165 days, the pair separates for the rest of the year, reconnecting only when it’s time to reproduce once more. The species is monogamous in the social sense, which means that they bond with a single mate but may breed outside of that relationship on occasion. 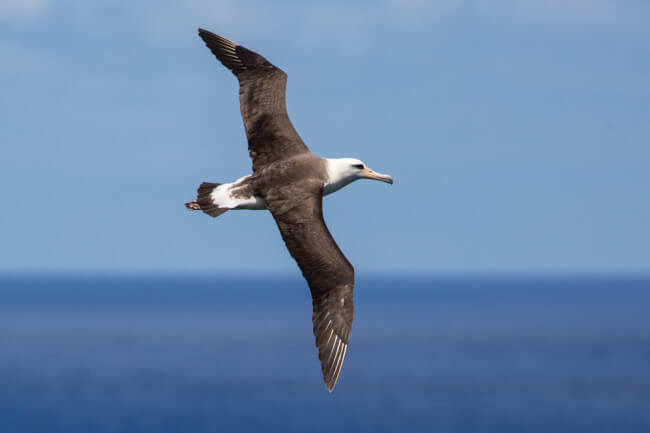 For more than a century, it was believed that birds had a limited or non-existent sense of smell – a belief that was advanced even by the renowned naturalist and bird artist John J. Audubon. Not only can birds smell, but it appears that fragrance is an important element of the process by which many seabirds find their food.

Even for strong-nosed seabirds, tracking a scent trail over the vast ocean is a difficult task even though their meal sends lots of fragrant cues downwind, air turbulence at sea slices up the odour plume generating patchy patches of scent that are difficult to track.

In addition to sighting, the researchers noticed that smell might contribute to as much as half of the albatross’ in-flight food finds, which can be made from as far away as 12 miles away, according to their findings. 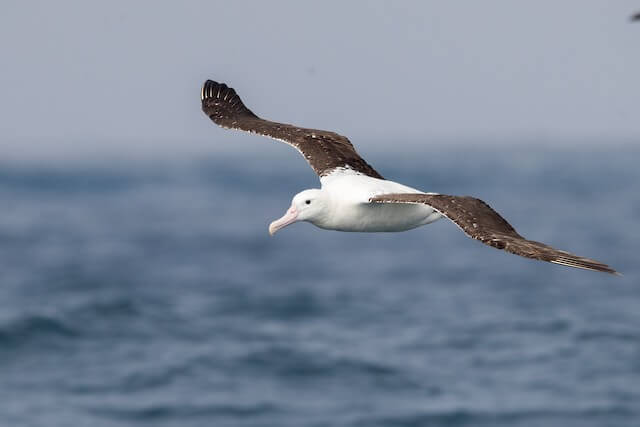 They Are On The Verge Of Extinction

Many albatrosses perish at sea after becoming entangled in fishing lines and nets. Still, many more perish as eggs and chicks at their breeding grounds due to invasive predators such as cats and rats on their breeding grounds. Plastic trash in the ocean is also becoming a major concern to albatrosses, with chicks being fed a potentially lethal combination of plastic debris by their unsuspecting parents.

Any Living Bird, The Albatross, Has The Largest Wingspan Of Them All

The wandering albatross can reach up to 12 feet (3.6 meters) in length in terms of wingspan, making it the largest extant bird on the planet in terms of size. Several albatross species compete for nesting space, notably the southern royal albatross, which has a wingspan that may reach up to 11 feet in length (3.3 meters). 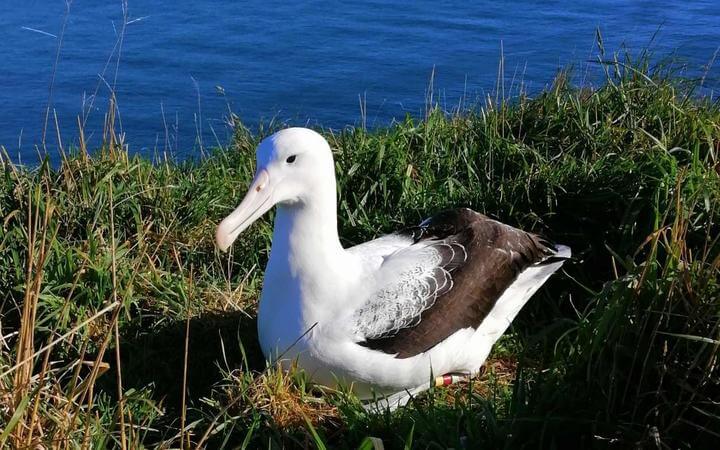 They Can Live And Raise Chicks Far Into Their Sixties

All albatrosses are long-lived birds that can live for several decades in the wild. Even after reaching 50, some people continue to live well beyond this milestone. The most well-known case comes from a Laysan albatross named Wisdom, banded for the first time by scientists in 1956 in Midway Atoll in the Marshall Islands.

Wisdom returned to Midway regularly for more than half a century, raising approximately three dozen chicks. Wisdom was 68 years old when she was last sighted in late 2018, making her the world’s oldest known banded bird in the wild at the time.